Make sure that all occupants are wearing their seat belts before driving the vehicle. 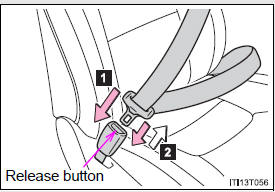 Push the tab into the buckle until a clicking sound is heard. 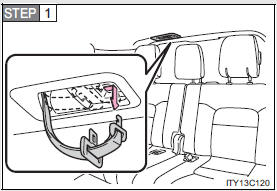 Pull out the tab 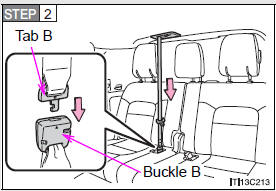 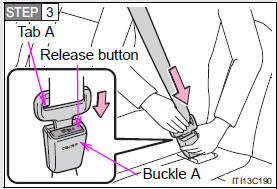 To release, push the release button on buckle A. 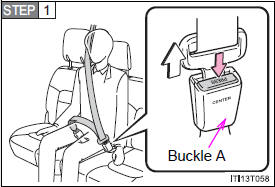 Push the release button on buckle A 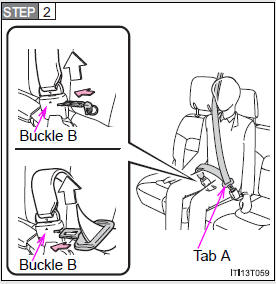 Push either the mechanical key or tab A into buckle B

When releasing and storing the seat belt, hold the belt while winding it back gently 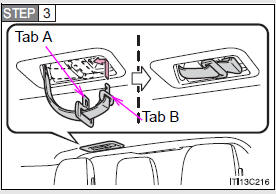 To reattach the seat belt, reverse the above procedure, pulling out the tabs and inserting tab B into buckle B 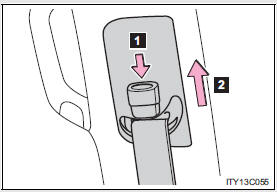 Move the height adjuster up and down as needed until you hear a click. 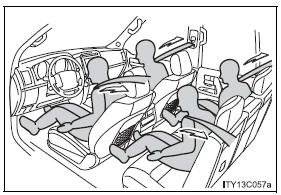 The pretensioner helps the seat belt to quickly restrain the occupant by retracting the seat belt when the vehicle is subjected to certain types of severe frontal collision or a vehicle rollover.

The pretensioner may not activate in the event of a minor frontal impact, a side impact or a rear impact.

If the system determines that emergency braking is being performed or the vehicle is out of control, the front seat belts will retract.

If the system determines that a collision is unavoidable, the front seat belts will retract before the collision.

The retractor will lock the belt during a sudden stop or on impact. It may also lock if you lean forward too quickly. A slow, easy motion will allow the belt to extend, and you can move around fully.

When a passenger’s shoulder belt is completely extended and then retracted even slightly, the belt is locked in that position and cannot be extended. This feature is used to hold the child restraint system (CRS) firmly.

To free the belt again, fully retract the belt and then pull the belt out once more. 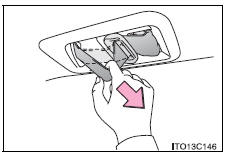 Put your fingers between the seat belt and the holder.

The seat belts of your vehicle were principally designed for persons of adult size.

If your seat belts cannot be fastened securely because they are not long enough, a personalized seat belt extender is available from your Toyota dealer free of charge.