The SRS airbags inflate when the vehicle is subjected to certain types of severe impacts that may cause significant injury to the occupants. They work together with the seat belts to help reduce the risk of death or serious injury. 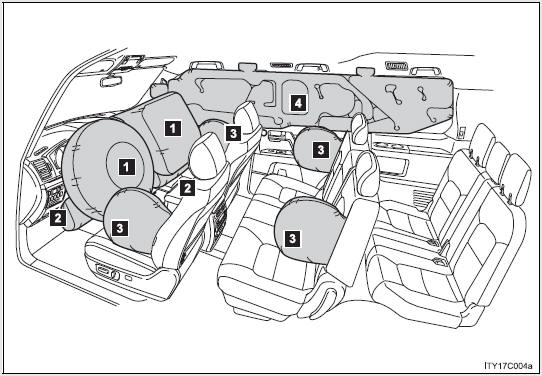 Can help protect the head and chest of the driver and front passenger from impact with interior components.

Can help protect the torso of the front and second outboard seat occupants. 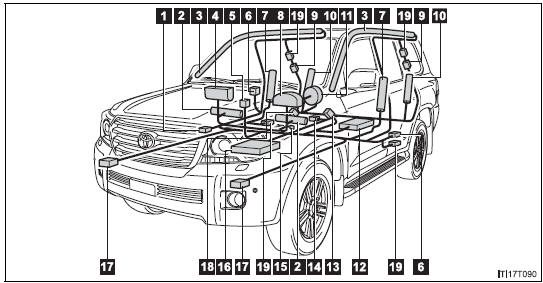 Your vehicle is equipped with ADVANCED AIRBAGS designed based on the US motor vehicle safety standards (FMVSS208). The airbag sensor assembly (ECU) controls airbag deployment based on information obtained from the sensors etc. shown in the system components diagram above. This information includes crash severity and occupant information. As the airbags deploy, a chemical reaction in the inflators quickly fills the airbags with nontoxic gas to help restrain the motion of the occupants.

However, this threshold velocity will be considerably higher in the following situations:

The SRS front airbags may also deploy if a serious impact occurs to the underside of your vehicle. Some examples are shown in the illustration. 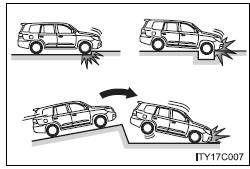 The SRS curtain shield airbags may also deploy under the situations shown in the illustration. 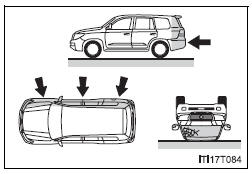 The SRS side airbag and curtain shield airbag may not activate if the vehicle is subjected to a collision from the side at certain angles, or a collision to the side of the vehicle body other than the passenger compartment. 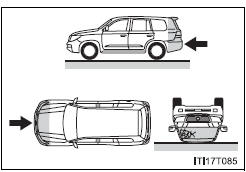 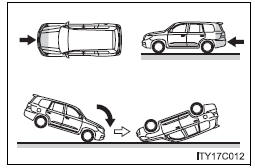 In the following cases, contact your Toyota dealer as soon as possible. 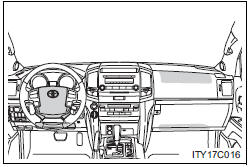 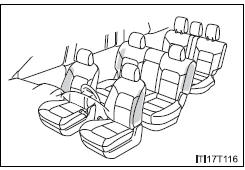 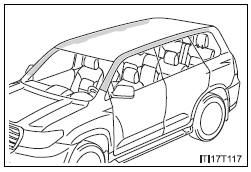 Deactivating the curtain shield airbags in a vehicle rollover 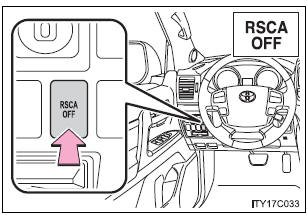 ON/OFF (hold for a few seconds)

In a situation where the inflation is not desired (such as during extreme off road driving).