Select a shift position appropriate for the driving conditions. 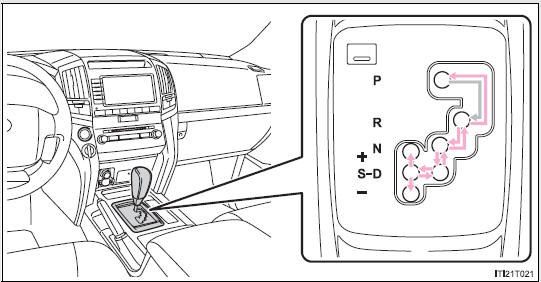 While the “ENGINE START STOP” switch is in IGNITION ON mode, depress the brake pedal and move the shift lever.

The following patterns can be selected to suit current driving and operating conditions. 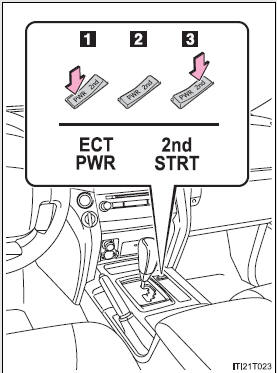 For powerful acceleration and driving in mountainous regions.

For starting on slippery road surfaces, such as on snow. 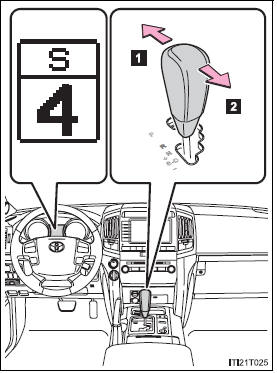 To help ensure safety and driving performance, downshifting operation may sometimes be restricted. In some circumstances, downshifting may not be possible even when the shift lever is operated. (The warning buzzer will sound twice.)

This may indicate a malfunction in the automatic transmission system. Have the vehicle inspected by your Toyota dealer immediately.

(In this situation, the vehicle will operate as if the shift lever is in “D”.)

The AI-SHIFT automatically shifts the gear to the suitable position according to the driver performance and driving conditions.

The AI-SHIFT automatically operates when the shift lever is in the “D” position.

(Shifting the shift lever to the “S” position cancels the function.)